In 1928 he joined the clandestine Communist Party of India.In the same year he became a major leader of the All India Trade Union Congress in Bombay.

He was active with the of the textile workers in Bombay and with the struggles of the railway workers.He became the secretary of the GIP Railwaymen’s Union.

In 1939, he married Vimal, a trade union activist.In 1943 he was elected to the central committee of the party.In February 1946 BTR played a major role in organizing a general strike in support of the Naval ratings revolt.

At its 2nd Party Congress held in Calcutta in February, 1948 the party elected BTR in place of P.C.Joshi as its general secretary.

BTR was the general secretary of CPI 1948-1950.During that period the party was engaged in revolutionary uprisings, such as the Telangana armed struggle.

In 1950 BTR was deposed, and denounced by the party as a "left adventurist".In 1956, at the 4th Party Congress in Palghat BTR was again included in the Central Committee.

He became a leading figure of the leftist section of the CC.At the time of the Indo-China border conflict in 1962, BTR was one of many prominent communist leaders jailed by the government.

In 1964 he became one of the main leaders of Communist Party of India (Marxist).At the founding conference of the Centre of Indian Trade Unions in Calcutta May 28–31 1970, BTR was elected president.

The central building of CITU in New Delhi is named after him— .He was elder brother of Ahilya Rangnekar, a CPI-M leader and 6th Lok Sabha member from Mumbai North Central (Lok Sabha constituency).

They belonged to a Marathi Chandraseniya Kayastha Prabhu(CKP) family but BTR, a brilliant student, would teach Dalit students in his spare time.

His nephew, Vivek Ranadivé is also settled in the USA, and is the multimillionaire co-owner of the Sacramento Kings basketball team. 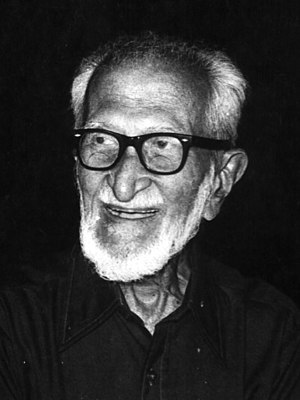