Marjorie Noël (French pronunciation: ​[maʁʒɔʁi nɔ.ɛl], born Françoise Nivot; 25 December 1945 – 30 April 2000) was a French pop singer who had a brief career in the mid-1960s, and is best known for her participation on behalf of Monaco in the 1965 Eurovision Song Contest.

Noël was born in Paris.Her first recordings were released in 1964, and the following year she was invited to represent Monaco in the tenth Eurovision Song Contest, to take place in Naples, Italy on 20 March.

She would later take part in the 1965 La Rose d'Or festival in Antibes, and released in total seven EPs.Noël retired from showbusiness in 1967 and spent the rest of her life in anonymity. 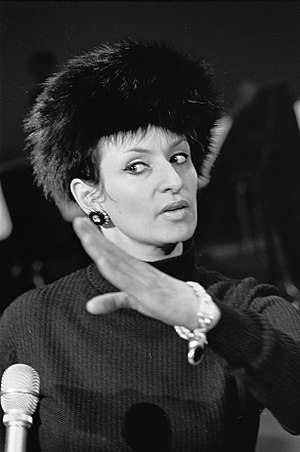