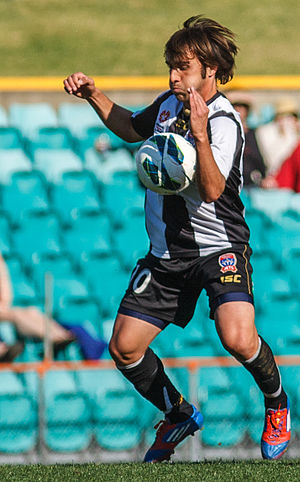 Bernardo Salim Ribeiro (9 October 1989 – 7 May 2016) was a Brazilian footballer who played as an attacking midfielder.As a young player he moved to Europe, where he played in Italy, Albania (where he won the national championship of 2012 with Skënderbeu Korçë), and Finland.

He also played in the Australian first division.Upon returning to Brazil, he died in the aftermath of a match for an amateur club after suffering cardiac arrest.

Brazilian footballer
Back
This content was extracted from Wikipedia and is licensed under the Creative Commons Attribution-ShareAlike 3.0 Unported License