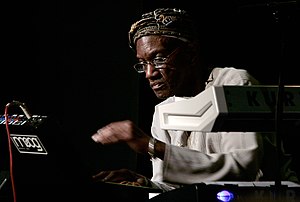 George Bernard Worrell, Jr. (April 19, 1944 – June 24, 2016) was an American keyboardist and record producer best known as a founding member of Parliament-Funkadelic and for his work with Talking Heads.

He is a member of the Rock and Roll Hall of Fame, inducted in 1997 with fifteen other members of Parliament-Funkadelic.

Worrell was described by Jon Pareles of The New York Times as "the kind of sideman who is as influential as some bandleaders."