Albert Edward Ernest Vogler (28 November 1876 – 9 August 1946) was a South African cricketer.A leading all-rounder skilled both at batting and bowling, Vogler played cricket in South Africa prior to becoming eligible to play for Middlesex County Cricket Club in England after serving on the ground staff of the Marylebone Cricket Club at Lord's.

He rose to prominence during the 1906 home Test series and then in England the following year: he was described during the latter as the best bowler in the world by Tip Foster, and named a Wisden Cricketer of the Year.

Renowned for his exploits on pitches suited to his bowling, Vogler found difficulty touring Australia where harder pitches inhibited his bowling and his batting.

He did not play a first-class match following the end of the tour in the spring of 1911.The reasons for him not appearing in the Triangular Tournament in England in 1912 was because he had fallen out with Abe Bailey who was the principle financier of South Africa cricket.

Their dispute dated back to the 1910/11 tour of Australia. 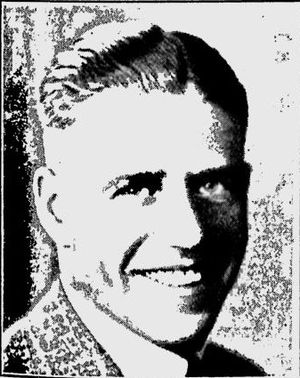 South African cricketer
Back
This content was extracted from Wikipedia and is licensed under the Creative Commons Attribution-ShareAlike 3.0 Unported License