Beulah Bondi (born Beulah Bondy;May 3, 1888 – January 11, 1981) was an American character actress; she often played eccentric mothers and later grandmothers and wives, although she was known for numerous other roles.

She began her acting career as a young child in theater, and after establishing herself as a Broadway stage actress in 1925, she reprised her role in Street Scene for the 1931 film version.

She played supporting roles in several films during the 1930s, and was twice nominated for an Academy Award for Best Supporting Actress.

She played the mother of James Stewart in four films: Of Human Hearts, Vivacious Lady, Mr.Smith Goes to Washington (1939), and It's a Wonderful Life (1946).

Although at her height in Hollywood from the 1930s until the 1950s, Bondi never retired, and she continued acting well into her later years, at the age of 88 winning an Emmy Award for her guest-star role on The Waltons in 1976. 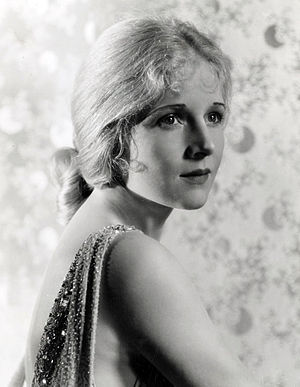