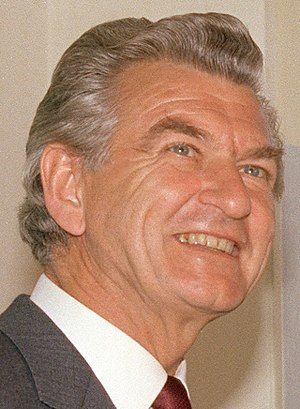 He was a member of parliament (MP) for the division of Wills from 1980 to 1992.Hawke was born in Bordertown, South Australia.

He attended the University of Western Australia and went on to study at University College, Oxford as a Rhodes Scholar, during which time he set a world record for downing a yard of ale in 11 seconds.

In 1956, Hawke joined the Australian Council of Trade Unions (ACTU) as a research officer.Having risen to become responsible for national wage case arbitration, he was elected as president of the ACTU in 1969, where he achieved a high public profile.

In 1973, he was appointed as president of the Labor Party.In 1980, Hawke stood down from his roles as ACTU and Labor Party president to announce his intention to enter parliamentary politics, and was subsequently elected to the Australian House of Representatives as the Labor MP for the electoral division of Wills in Victoria.

Three years later, he was elected unopposed to replace Bill Hayden as leader of the Labor Party, and within just five weeks led Labor to a landslide victory at the 1983 election, and was sworn in as prime minister.

He led Labor to victory three more times, with successful outcomes in 1984, 1987 and 1990 elections, making him the most electorally successful prime minister in the history of the Labor Party.

The Hawke Government implemented a significant number of reforms, including major economic reforms, the establishment of Landcare, the introduction of the universal healthcare scheme Medicare, brokering the Prices and Incomes Accord, creating APEC, floating the Australian dollar, deregulating the financial sector, introducing the Family Assistance Scheme, enacting the Sex Discrimination Act to prevent discrimination in the workplace, declaring "Advance Australia Fair" as the country's national anthem, initiating superannuation pension schemes for all workers, negotiating a ban on mining in Antarctica and overseeing passage of the Australia Act that removed all remaining jurisdiction by the United Kingdom from Australia.

Hawke subsequently retired from parliament, pursuing both a business career and a number of charitable causes, until his death in 2019, aged 89.

Hawke holds the highest ever approval rating for an Australian prime minister, reaching 75% approval in 1984.Historians have generally praised the reforms implemented by the Hawke Government, and his government is often credited for the modernisation of Australia's economy.

Hawke is frequently ranked within the upper-tier of Australian prime ministers. 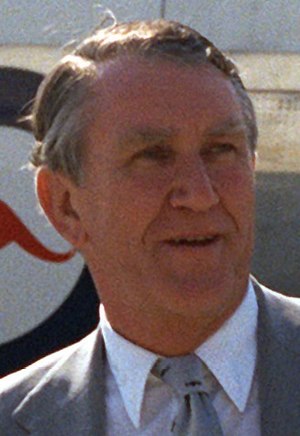