Aloysius Martin "Lou" Thesz (April 24, 1916 – April 28, 2002) was an American professional wrestler.He was a three-time NWA World Heavyweight Champion and held the title for a combined total of 10 years, three months and nine days (3,749 days) – longer than anyone else in history.

Considered to be one of the last true shooters in professional wrestling and described as the "quintessential athlete... a polished warrior who could break a man in two if pushed the wrong way", Thesz is widely regarded as one of the greatest wrestlers of all time and the single greatest wrestling world champion in history, and probably the last globally accepted world champion.

In Japan, Thesz was known as the 'God of Wrestling' and was called Tetsujin, which means 'Ironman', in respect for his speed, conditioning and expertise in catch wrestling.

A successful amateur wrestler in his youth and an ardent supporter of the sport in his later years, he helped establish, in addition to being a member of its inaugural class, the George Tragos/Lou Thesz Professional Wrestling Hall of Fame, which honors successful professional wrestlers with a strong amateur wrestling background, and is a charter member of several other halls of fame, including: WCW, Wrestling Observer Newsletter, Professional Wrestling and WWE's Legacy Wing. 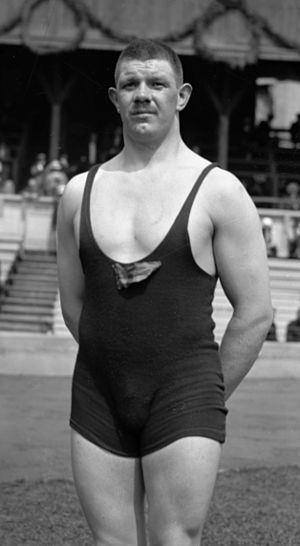