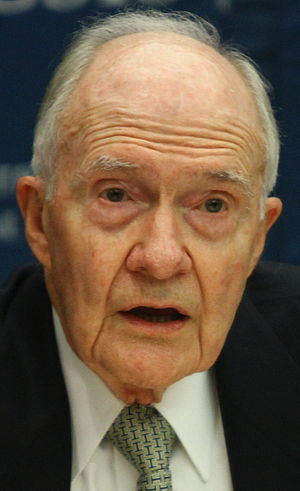 President Gerald Ford and then under George H.W.Bush.He served as Military Assistant to President Richard Nixon and as Deputy Assistant to the President for National Security Affairs in the Nixon and Ford administrations.

He served as Chairman of the President's Foreign Intelligence Advisory Board under President George W.Bush from 2001 to 2005, and advised President Barack Obama on choosing his national security team.