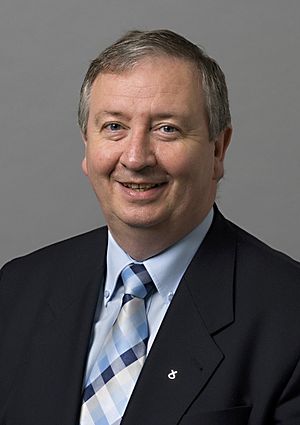 From 2007-2011, he was Chief Whip for the minority SNP Government and Co-Convener of the Oil and Gas Cross Party Group.

He was the Minister for Parliamentary Business and Chief Whip from May 2011 to September 2012.

Scottish politician
Back
This content was extracted from Wikipedia and is licensed under the Creative Commons Attribution-ShareAlike 3.0 Unported License