He was known for action-comedy and Spaghetti Western roles with his long-time film partner Terence Hill.The duo "garnered world acclaim and attracted millions to theater seats".

Spencer and Hill appeared in, produced and directed over 20 films together.In his youth, Bud Spencer was a successful athlete and swimmer for the Gruppo Sportivo Fiamme Oro.

He obtained a law degree and registered several patents.Spencer also became a certified commercial airline and helicopter pilot, and supported and funded many children's charities, including the Spencer Scholarship Fund. 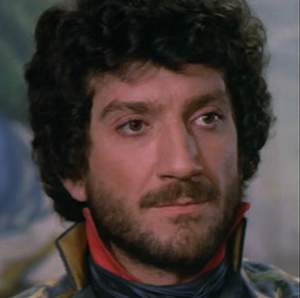 
Italian actor
Back
This content was extracted from Wikipedia and is licensed under the Creative Commons Attribution-ShareAlike 3.0 Unported License