Cândido Rubens Padín, OSB, (September 5, 1915 – January 25, 2008) was a Brazilian bishop of the Roman Catholic Church.Padín was born in São Carlos, Brazil, and was ordained a priest on July 15, 1946 from the religious order of Order of Saint Benedict.

Padín was appointed Auxiliary bishop of the Archdiocese of São Sebastião do Rio de Janeiro as well as Titular Bishop Tremithus, and was ordained a bishop on August 5, 1962.

On January 5, 1966 Padín was appointed bishop of the Diocese of Lorena.His last appointment came on April 27, 1970 to the Diocese of Bauru from which he would retire on September 4, 1990. 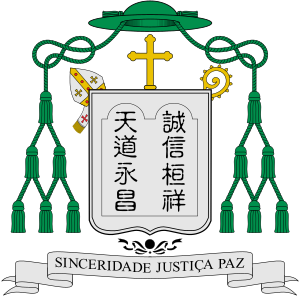