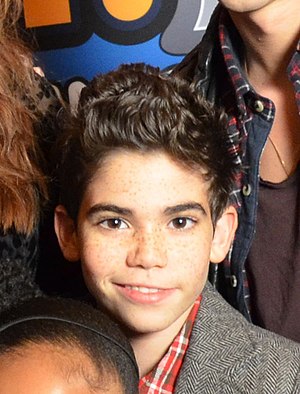 He began his career as a child actor, appearing in the 2008 films Mirrors and Eagle Eye, along with the comedy film Grown Ups (2010) and its 2013 sequel.

His first starring role was on the Disney Channel comedy series Jessie (2011–2015).Continuing to work with Disney, Boyce achieved further prominence as Carlos, one of the title characters in the musical fantasy Descendants franchise.

He appeared in all three television films from 2015 to 2019, in addition to various spin-off media.Boyce was also featured as the lead of Disney XD comedy series Gamer's Guide to Pretty Much Everything (2015–2017).

Ahead of the third Descendants' premiere in 2019, Boyce died at the age of 20 due to complications from epilepsy.Posthumously, he headlined the thriller film Runt (2020) and was a series regular on the Amazon Prime Video supernatural thriller Paradise City (2021).