At 5 feet 4 inches (1.63 metres) tall, Albert was affectionately known as the "Little Giant from Little Dixie", and held the highest political office of any Oklahoman in American history. 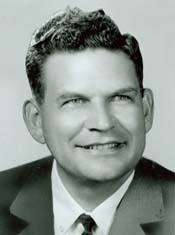 One of the people
Back
This content was extracted from Wikipedia and is licensed under the Creative Commons Attribution-ShareAlike 3.0 Unported License