Carlos Castañeda (December 25, 1925 – April 27, 1998) was an American writer.Starting with The Teachings of Don Juan in 1968, Castaneda wrote a series of books that purport to describe training in shamanism that he received under the tutelage of a Yaqui "Man of Knowledge" named don Juan Matus.

Castaneda's first three books—The Teachings of Don Juan: A Yaqui Way of Knowledge, A Separate Reality, and Journey to Ixtlan—were written while he was an anthropology student at the University of California, Los Angeles (UCLA).

He wrote that these books were ethnographic accounts describing his apprenticeship with a traditional "Man of Knowledge" identified as don Juan Matus, a Yaqui Indian from northern Mexico.

The veracity of these books was doubted from their original publication, and they are now widely considered to be fictional.

Castaneda was awarded his bachelor's and doctoral degrees based on the work described in these books. 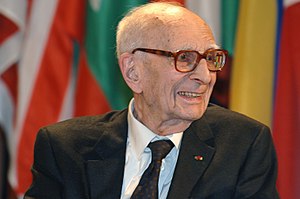 Anthropologist
Back
This content was extracted from Wikipedia and is licensed under the Creative Commons Attribution-ShareAlike 3.0 Unported License