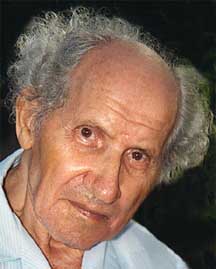 He is known for being a chronicler of Jewish life in the small Polish village (or Shtetl) where he was born, Kazimierz Dolny in eastern Poland; and as a painter of Holocaust-era art, which to the artist was seen as an obligation and art with a sense of profound mission.

Following World War II he emigrated to Israel and in 1967 to the United States, (he and his family became US citizens in 1973).