Charles August or Carl August (9 July 1768 – 28 May 1810) was a Danish prince.He is best known for serving as Crown Prince of Sweden briefly in 1810, adopted by Charles XIII, before his sudden death from a stroke. 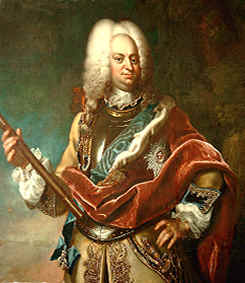