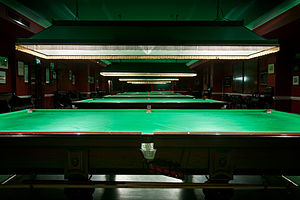 Claude Goodman Johnson (24 October 1864 – 12 April 1926) was a British motor vehicle manufacturer who was instrumental in the creation of Rolls-Royce Limited.

Johnson described himself as the hyphen in the Rolls-Royce name.When Royce fell ill and took his design staff home in 1908, and after the death of Rolls in July 1910, it was Johnson who was responsible for keeping the business running, until his own death in April 1926.