Born in Munich to German-Jewish parents, she first appeared on the stage in 1920.She became a major star on stage, in films, and in political cabaret.

In the late 1920s through 1933, she was a leading actress at the Munich Kammerspiele. 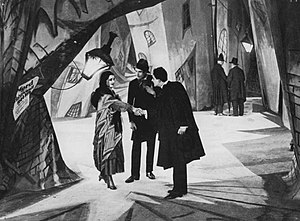 German actress
Back
This content was extracted from Wikipedia and is licensed under the Creative Commons Attribution-ShareAlike 3.0 Unported License