Belaïd was a vocal critic of the Ben Ali regime prior to the 2011 Tunisian revolution and of the then Islamist-led Tunisian government.

On 6 February 2013, he was fatally shot outside his house in El Menzah, close to the Tunisian capital, Tunis.As a result of his assassination, Tunisian Prime Minister Hamadi Jebali announced his plan to dissolve the existing national government and to form a temporary "national unity" government. 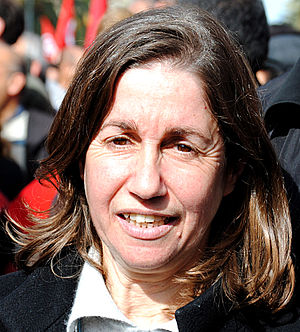 Tunisian politician
Back
This content was extracted from Wikipedia and is licensed under the Creative Commons Attribution-ShareAlike 3.0 Unported License