Edzo Hendrik Toxopeus (19 February 1918 – 23 August 2009) was a Dutch politician and diplomat of the People's Party for Freedom and Democracy (VVD) and jurist.

Toxopeus studied Law at the Utrecht University obtaining a Master of Laws degree.Toxopeus worked as a paralegal in Breda from July 1942 until October 1944 and worked as a military lawyer in the Royal Netherlands Army from November 1944 until August 1945.

Toxopeus worked as a criminal defense lawyer in Breda from August 1945 until May 1959.Toxopeus became as a Member of the House of Representatives shortly after the election of 1956 when the number of seats was increased from 100 to 150 on 6 November 1956 and served as a frontbencher and spokesperson for Law Enforcement and Spatial Planning.

After the election of 1959 Toxopeus was appointed as Minister of the Interior in the Cabinet De Quay taking office on 19 May 1959.

Shortly before a upcoming election Party Leader and Parliamentary leader Pieter Oud announced his retirement and Toxopeus announced his candidacy to succeeded him and was selected as his successor on 30 March 1963.

For the election of 1963 Toxopeus served as Lijsttrekker (top candidate) and following a cabinet formation the coalition continued and Toxopeus retained his position in the Cabinet Marijnen.

Toxopeus also served as President of the Liberal International from 15 April 1966 until 25 April 1970.For the election of 1967 Toxopeus again Lijsttrekker and following a successful cabinet formation with the Catholics formed the Cabinet De Jong with Toxopeus opting to remain as Parliamentary leader.

On 1 October 1969 Toxopeus unexpectedly announced he was stepping down as Leader but continued to serve in the House of Representatives as a backbencher until his resignation on 1 November 1969.

Toxopeus continued to be active in politics and in January 1970 was nominated as the next Queen's Commissioner of Groningen serving from 16 February 1970 until 1 November 1980.

Toxopeus also became active in the private and public sectors as a corporate and non-profit director and served on several state commissions and councils on behalf of the government.

In October 1970 Toxopeus was nominated as a Member of the Council of State serving from 1 November 1980 until 1 March 1988.Toxopeus retired from active politics at 70 but continued to be active as a advocate and lobbyist for more European integration and served as a occasional diplomat for economic and diplomatic delegations for the European Union.

Toxopeus was known for his abilities as a skillful manager and effective negotiator.Toxopeus granted the honorary title of Minister of State on 22 January 1985 and continued to comment on political affairs as a statesman until his death in August 2009 at the age of 91.

He holds the distinction as the longest-serving Minister of the Interior after World War II with 5 years, 330 days. 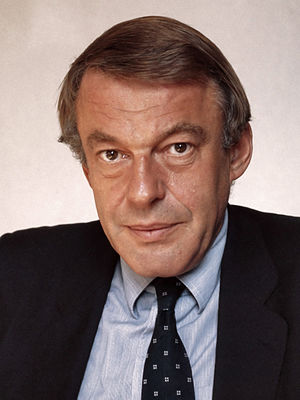