Pineau was born in 1904 in Chaumont-en-Bassigny, Haute-Marne, France.His stepfather was the writer Jean Giraudoux, who was married to Pineau's mother.

Later, Christian Pineau would say that it was Giraudoux who gave him his love of writing.A World War II French Resistance leader and a close ally of Charles de Gaulle, Pineau was arrested by the Gestapo in 1943 and survived Buchenwald concentration camp.

Pineau represented the Sarthe department as a Socialist in the French National Assembly from 1946 to 1958.After the war, he served as a minister in French governments, 1945–1958.

He was minister of supply in Charles de Gaulle's government (1945) and minister of public works (1947–1950) in various governments.He was finance minister for a short time in 1948.

Pineau was designated as prime minister of France by President René Coty after the February 1955 resignation of Pierre Mendès-France, but the National Assembly refused to ratify his cabinet by 312 votes against 268; his prime ministership lasted for two days between 17 and 19 February 1955.

As foreign minister (February 1956 – May 1958), Pineau was responsible for handling the Suez crisis and for signing the Treaty of Rome on behalf of France.

With Guy Mollet, he visited Moscow.In October 1956, he signed the Protocol of Sèvres with Great Britain and Israel on behalf of France.

Pineau was a lifelong advocate of European integration.Pineau is buried in the Père Lachaise Cemetery, Paris. 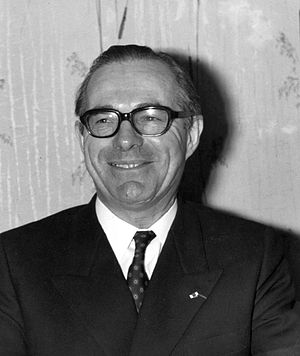 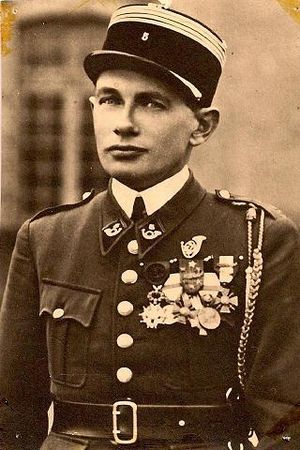 Resistance fighter
Back
This content was extracted from Wikipedia and is licensed under the Creative Commons Attribution-ShareAlike 3.0 Unported License