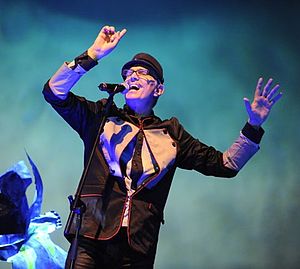 Ciro Pessoa Mendes Corrêa (12 June 1957 – 5 May 2020), also known by his Dharma name Tenzin Chöpel, was a Brazilian singer-songwriter, lyricist, guitarist, screenwriter, journalist and poet, famous for being one of the founding members of the influential rock band Titãs and for his later work with pioneering post-punk/gothic rock band Cabine C.

He also formed numerous other short-lived and lesser known projects throughout the early to mid-1990s before beginning a solo career in 2003.