Sir Colin Rex Davis (25 September 1927 – 14 April 2013) was an English conductor, known for his association with the London Symphony Orchestra, having first conducted it in 1959.

His repertoire was broad, but among the composers with whom he was particularly associated were Mozart, Berlioz, Elgar, Sibelius, Stravinsky and Tippett.

Davis studied as a clarinettist, but was intent on becoming a conductor.After struggles as a freelance conductor from 1949 to 1957, he gained a series of appointments with orchestras including the BBC Scottish Orchestra, the BBC Symphony Orchestra and the Bavarian Radio Symphony Orchestra.

He also held the musical directorships of Sadler's Wells Opera and the Royal Opera House, where he was principal conductor for over fifteen years.

His guest conductorships included the Boston Symphony Orchestra, the New York Philharmonic and the Staatskapelle Dresden, among many others.As a teacher, Davis held posts at the Royal Academy of Music, London, and the Landesgymnasium für Musik "Carl Maria von Weber" (preparatory school for music) in Dresden.

He made his first gramophone recordings in 1958, and his discography over the next five decades was extensive, with many studio recordings for Philips Records and a substantial catalogue of live recordings for the London Symphony Orchestra's own label. 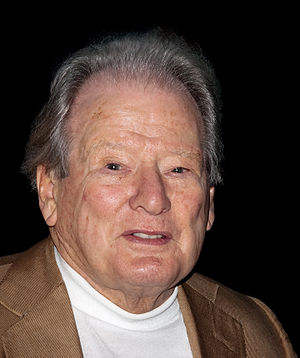 Conductor
Back
This content was extracted from Wikipedia and is licensed under the Creative Commons Attribution-ShareAlike 3.0 Unported License