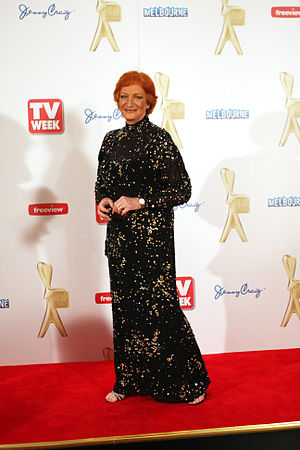 Cornelia Frances Zulver, OAM (7 April 1941 – 28 May 2018), credited professionally as Cornelia Frances, was an English-Australian actress.After starting her career in British films, she became best known for her acting career in Australia after emigrating there in the 1960s, particularly her iconic television soap opera roles with portrayals of nasty characters.

Frances was known for her role as Morag Bellingham on Home and Away since its inception in 1988, after leaving that series, she appeared on a semi-regular basis as the storyline permitted, rejoining briefly as a permanent cast member in 2001, before going back to an itinerant basis.

Frances was also known for playing nurse Sister/Matron Grace Scott on the Nine Network series The Young Doctors (1976–1978), and Barbara Hamilton on Sons and Daughters on Network Seven (1982–1986).

She appeared in the film version of regular series TV soap The Box.She also worked on stage and in voice-over.

In the early 2000s, she was the host of the Australian version of quiz show The Weakest Link.

Australian actress
Back
This content was extracted from Wikipedia and is licensed under the Creative Commons Attribution-ShareAlike 3.0 Unported License