He was educated as a social worker and hoped to become a journalist, but became increasingly involved in music, performing at events for students with idiosyncratic humor and social engagement.

Cornelis Vreeswijk is considered one of the most influential and successful troubadours in Sweden.In 2010 a Swedish drama film, called Cornelis, was made about his life.

It was directed by Amir Chamdin. 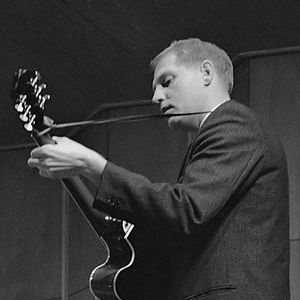 Dutch musician
Back
This content was extracted from Wikipedia and is licensed under the Creative Commons Attribution-ShareAlike 3.0 Unported License