Dave Dudley (born David Darwin Pedruska;May 3, 1928 – December 12, 2003) was an American country music singer best known for his truck-driving country anthems of the 1960s and 1970s and his semi-slurred bass.

His signature song was "Six Days on the Road", and he is also remembered for "Vietnam Blues", "Truck Drivin' Son-of-a-Gun", and "Me and ol' C.B.".

Other recordings included Dudley's duet with Tom T.Hall, "Day Drinking", and his own Top 10 hit, "Fireball Rolled A Seven", supposedly based on the career and death of Edward Glenn "Fireball" Roberts. 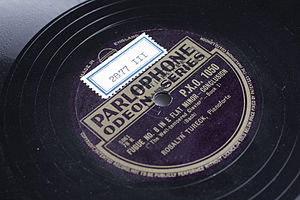