David Arthur McNally (October 31, 1942 – December 1, 2002) was an American professional baseball player.He played in Major League Baseball as a left-handed pitcher from 1962 through 1975, most notably as a member of the Baltimore Orioles dynasty that won four American League pennants and two World Series championships between 1966 and 1971.

A three-time All-Star, McNally won 20 or more games for four consecutive seasons from 1968 through 1971.He was one of four 20-game winners for the 1971 Orioles (Pat Dobson, Jim Palmer, and Mike Cuellar were the other three).

Born in Billings, Montana, McNally was raised by his mother after his father died in the Battle of Okinawa.He was signed by the Orioles out of high school in 1960 and made his major league debut two years later, throwing a shutout in his first game in the major leagues.

From 1963 through 1965, he continued to refine his pitches while securing his grip on a starting spot in the Orioles' rotation.

In 1966, he made two starts in the World Series, the second of which was a shutout that gave the Orioles a 4–0 victory over the Los Angeles Dodgers.

McNally was bothered by a calcium deposit in his elbow in 1967; the injury limited his playing time in the second half of the season.

He was named the Comeback Player of the Year in 1968 as he finished second in the American League with 22 wins.

McNally was selected to the All-Star Game for the first time in 1969, finishing the season with 20 wins.He threw 11 shutout innings to beat the Minnesota Twins in Game 2 of the first AL Championship Series, then faced the New York Mets twice in the World Series.

He hit a home run against Jerry Koosman in one of the games, but the Orioles were defeated in five games.

He missed six weeks with an injury in 1971 but still pitched enough to be one of four Orioles to win 20 games that season.

McNally beat the Pittsburgh Pirates in Game 1 of the World Series, lost Game 5, and won Game 6 in relief, but the Orioles were defeated in seven games.

In 1972, McNally was named to the All-Star Game for the third time.He finished the year with his first losing record since 1964, though this was partly due to the Orioles scoring fewer runs than they had the previous year.

In 1973 and 1974, he faced the Oakland Athletics in the playoffs but lost both games he pitched.Thinking he needed a change of scenery, McNally requested a trade after the 1974 season; the Orioles obliged, sending him to the Montreal Expos, with whom he played one final year before retiring halfway through 1975, citing an inability to throw the fastball.

After the 1975 season, he added his name to a grievance filed against the reserve clause, which resulted in the historic Seitz decision that created free agency in baseball.

McNally returned to his hometown Billings and worked as a car dealer until his death from cancer in 2002.A member of the Baltimore Orioles Hall of Fame, he is among the franchise's leaders in many statistical categories. 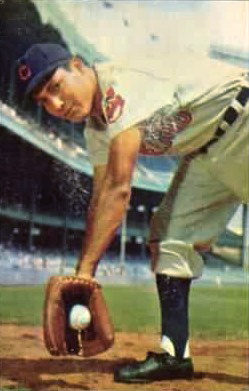 Major League Baseball shortstop
Back
This content was extracted from Wikipedia and is licensed under the Creative Commons Attribution-ShareAlike 3.0 Unported License