David William Sime (;July 25, 1936 – January 12, 2016) was an American sprinter, multi-sport athlete at Duke University, and a pioneering ophthalmologist.He won a silver medal in the 100-meter dash at the 1960 Olympic Games.

He held several sprint records during the late 1950s. 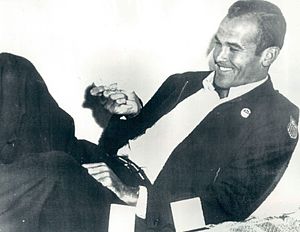