He also played first-class cricket for the Marylebone Cricket Club (MCC) (1891-1900) and an XI of Yorkshire (1894).He was born in Berry Brow, Huddersfield, Yorkshire, England.

In 217 first-class games overall, he scored 5,337 runs at 18.72 on the difficult pitches of the time.He recorded three centuries, with his best a knock of 113 against Somerset.

His other tons came at the expense of MCC (105) and Warwickshire (102*).He took 49 wickets with his right arm medium pace, at a cost of 28.08 apiece, with his best bowling return of 4 for 40 coming against Sussex whilst playing for the MCC.

He was also on the MCC groundstaff at one time.A short plucky man, Moorhouse had the reputation of being a fine cover-point fielder.

A product of Armitage Bridge C.C. in the Huddersfield League, Moorhouse was often on the fringes of the Yorkshire side, and sometimes appeared in preference to a better batsman due to his fielding ability.

Subsequently he was coach at Sedbergh School.His brother, Fred Moorhouse, played 117 games for Warwickshire.Moorhouse died in January 1921 in Taylor Hill, Huddersfield, at the age of 54. 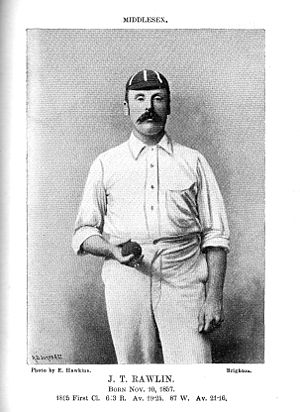 English county cricketer
Back
This content was extracted from Wikipedia and is licensed under the Creative Commons Attribution-ShareAlike 3.0 Unported License