David Kellogg Lewis (September 28, 1941 – October 14, 2001) was an American philosopher who is widely regarded as one of the most important philosophers of the 20th century.

Lewis taught briefly at UCLA and then at Princeton University from 1970 until his death.He is closely associated with Australia, whose philosophical community he visited almost annually for more than 30 years.

In most of these fields he is considered among the most important figures of recent decades.But Lewis is most famous for his work in metaphysics, philosophy of language and semantics, in which his books On the Plurality of Worlds (1986) and Counterfactuals (1973) are considered classics.

His works on the logic and semantics of counterfactual conditionals are broadly used by philosophers and linguists along with a competing account from Robert Stalnaker; together the Stalnaker-Lewis theory of counterfactuals has become perhaps the most pervasive and influential account of its type in the philosophical and linguistic literature.

Most comprehensively in On the Plurality of Worlds, Lewis defended modal realism: the view that possible worlds exist as concrete entities in logical space, and that our world is one among many equally real possible ones. 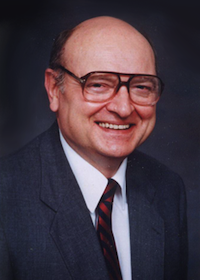 American philosopher
Back
This content was extracted from Wikipedia and is licensed under the Creative Commons Attribution-ShareAlike 3.0 Unported License