Dean Gooderham Acheson (pronounced ;April 11, 1893 – October 12, 1971) was an American statesman and lawyer.As the 51st U.S.Secretary of State, he set the foreign policy of the Harry S.

Truman administration from 1949 to 1953.He was Truman's main foreign policy advisor from 1945 to 1947, especially regarding the Cold War.Acheson helped design the Truman Doctrine and the Marshall Plan, as well as the North Atlantic Treaty Organization.

He was in private law practice from July 1947 to December 1948.After 1949 Acheson came under partisan political attack from Republicans led by Senator Joseph McCarthy over Truman's policy toward the People's Republic of China.

As a private citizen in 1968 he counseled President Lyndon B.Johnson to negotiate for peace with North Vietnam.During the Cuban Missile Crisis of 1962, President John F.

Kennedy called upon Acheson for advice, bringing him into the executive committee (ExComm), a strategic advisory group. 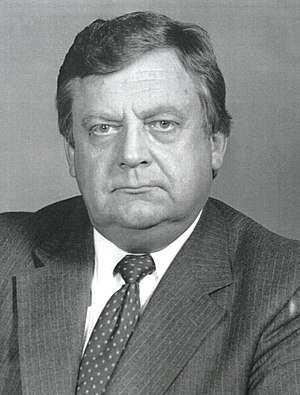 American statesman
Back
This content was extracted from Wikipedia and is licensed under the Creative Commons Attribution-ShareAlike 3.0 Unported License