Don Marion Davis (October 9, 1917 – December 10, 2020), professionally known as John Henry Jr. and Don Marion, was an American child actor of the silent film era, who during a brief career in show business appeared in several feature roles and comedy shorts in Hollywood screened between 1919 and 1925.

He also had uncredited parts in radio.He was one of the last surviving actors who worked in the silent film era. 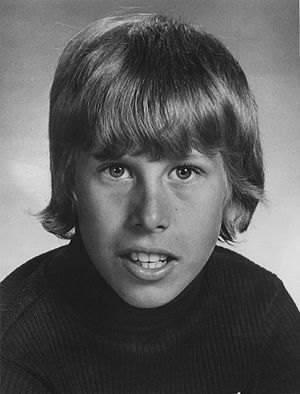 American child actor
Back
This content was extracted from Wikipedia and is licensed under the Creative Commons Attribution-ShareAlike 3.0 Unported License