Noted for his authoritative command of baseball rules, he earned the tongue-in-cheek nickname "God" from players, and was among the last major league umpires who never attended an umpiring school.

In 2010, he became the ninth umpire to be inducted into the Baseball Hall of Fame.In 1999, the Society for American Baseball Research ranked Harvey as the second-greatest umpire in history, behind only Bill Klem.

In 2007, Referee magazine selected him as one of the 52 most influential figures in the history of sports officiating.Harvey wore uniform number 8 for most of his career. 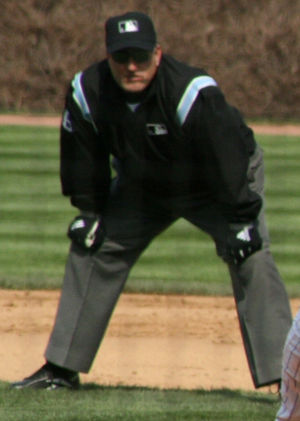 American baseball umpire
Back
This content was extracted from Wikipedia and is licensed under the Creative Commons Attribution-ShareAlike 3.0 Unported License