Born in Johnsburg, New York, he moved with his family to Ellington, Wisconsin in 1855.His first poems were published in the New York Ledger when Rexford was 14.

Among the many songs he wrote, Rexford is best remembered for the lyrics to Silver Threads Among the Gold, which were set to music by Hart Pease Danks.

This song was one of the first items to be recorded mechanically.Another poem that has had continuing popularity is "The Ride of Paul Venarez", which is considered to be a "cowboy poem", even though the author was from Wisconsin.

It has been turned into a song, "Billy Venero", and has a colorful history.Rexford was a prolific writer.Most of his books were about gardening.

His articles also appeared frequently in Lippincott's and Outing.Rexford's fiction was published stories by Beadle and Adams and other periodical publishers.

He was a member of the Chicago Press Club and the Authors Club of Boston.For more than 20 years he served as organist at the Congregational Church of Shiocton, Wisconsin.

Following many years as Town Clerk at Bovina, he died in Green Bay and was buried at Bovina Cemetery.Eben E.

Rexford received an honorary doctorate from his alma mater, Lawrence University, in 1908, and he was inducted into the Songwriters Hall of Fame in 1970. 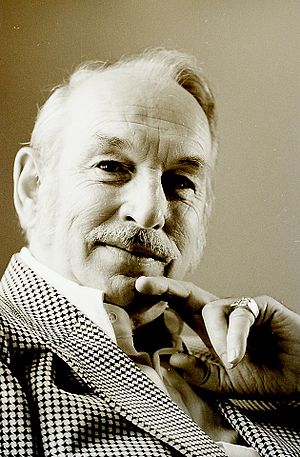 American lyricist
Back
This content was extracted from Wikipedia and is licensed under the Creative Commons Attribution-ShareAlike 3.0 Unported License