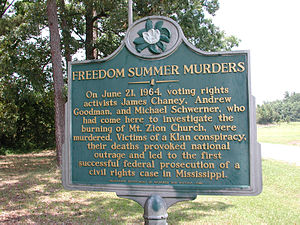 He was found guilty in state court of three counts of manslaughter on June 21, 2005, the forty-first anniversary of the crime, and sentenced to 60 years in prison.

He appealed the verdict, but the sentence was upheld on April 12, 2007, by the Supreme Court of Mississippi.He died in prison on January 11, 2018, six days before his 93rd birthday.