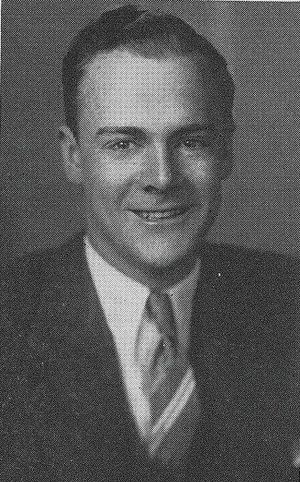 Edwin Arthur Hall (February 11, 1909 – October 18, 2004) was a Republican member of the United States House of Representatives from New York.

Hall was born in Binghamton, New York.He graduated from Cornell University in 1931, and was involved in several Binghamton-area businesses, including banking and construction.

From 1953 to 1954 he was administrative assistant to New York State Assembly member Richard H.Knauf, and in 1955 and 1956 he was employed by the New York State Civil Service Commission.

Hall died in Montrose, Pennsylvania on October 18, 2004.At the time of his death, he was the last living congressman to have served in the 1930s.

He was buried at Quaker Lake Cemetery in Brackney.He was the great-grandson of United States Representative John A.Collier.