Ed Shook was born in Newton, North Carolina.At age 22 he took a job as a draftsman at the Carnegie Institution of Washington which was to lead him into Mesoamerican studies from 1934 to 1998.

In 1955 he became the field director of the University of Pennsylvania's Tikal Project, overseeing and publishing extensive work at Tikal, the largest Classic Maya site.

In 1998 Shook donated his archives to the Universidad del Valle de Guatemala.He died at his home in Antigua Guatemala two years later. 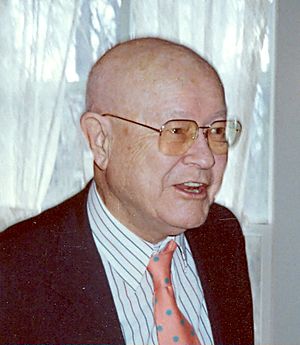 American archaeologist
Back
This content was extracted from Wikipedia and is licensed under the Creative Commons Attribution-ShareAlike 3.0 Unported License