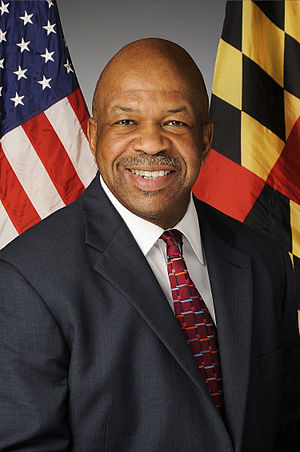 Elijah Eugene Cummings (January 18, 1951 – October 17, 2019) was an American politician and civil rights advocate who served in the United States House of Representatives for Maryland's 7th congressional district from 1996 until his death in 2019, when he was succeeded by his predecessor Kweisi Mfume.

The district he represented included over half of the city of Baltimore, including most of the majority-black precincts of Baltimore County, and most of Howard County, Maryland.

A member of the Democratic Party, Cummings previously served in the Maryland House of Delegates from 1983 to 1996.Elijah Cummings served as the chair of the Committee on Oversight and Reform from January 2019 until his death in October of the same year.

He was succeeded by fellow Democrat Carolyn Maloney to chair the committee.