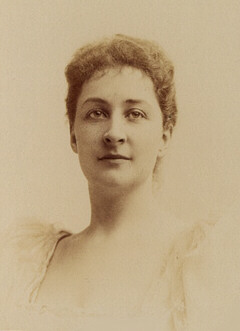 Emma Eames (August 13, 1865 – June 13, 1952) was an American soprano renowned for the beauty of her voice.She sang major lyric and lyric-dramatic roles in opera and had an important career in New York, London and Paris during the last decade of the 19th century and the first decade of the 20th century.