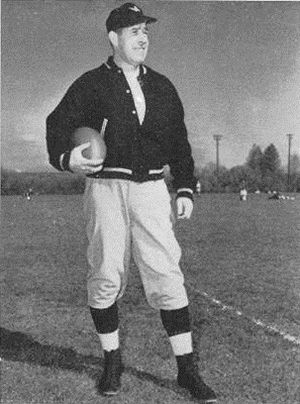 Stuber played college football as a quarterback at the University of Missouri.He worked as an assistant coach in the National Football League (NFL), with the Philadelphia Eagles in 1955, the Green Bay Packers in 1956, and the Chicago Cardinals in 1958, and later as the director of player personnel for the Cardinals, then located in St.

Louis.He died on November 20, 1989 at this home in Cape Girardeau, Missouri.

College football coach
Back
This content was extracted from Wikipedia and is licensed under the Creative Commons Attribution-ShareAlike 3.0 Unported License