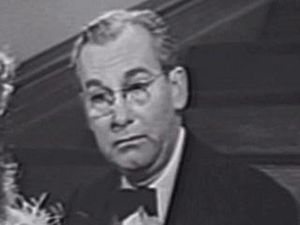 In 1913, Vogan acted with the Allen and Kenna Musical Comedy Company.In 1917, he was the male lead in a touring company that presented The Four Husbands.

He also was the male lead in the touring production of Too Much Mustard (1924).Vogan also acted with the Anderson Players, the Wilkes Players, and the O.D.

Woodward group, in addition to having a headline vaudeville act.