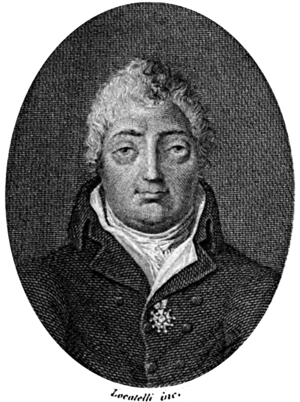 Ennio Quirino Visconti (November 1, 1751 – February 7, 1818) was an Italian antiquarian and art historian, papal Prefect of Antiquities, and the leading expert of his day in the field of ancient Roman sculpture.

His brother, Filippo Aurelio Visconti (died 1830) was also a classical scholar, who published the Museo Chiaramonti, a successor to the Museo Pio-Clementino.