Dr.Clara Southmayd Ludlow (1852–1924) was an American entomologist, the first woman known to publish extensively on the taxonomy of mosquitoes and their occurrence in relation to the incidence of mosquito-borne diseases.

She forged a notable career in medical entomology during a time when women were rare among the ranks of entomologists, and she did so in association with the military, where the presence of women was even more rare.

Details of her life have been addressed in two publications, from which the following summary is drawn. 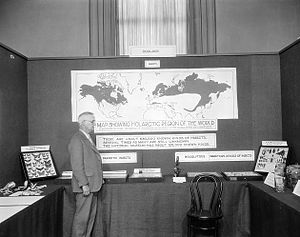 Entomologist
Back
This content was extracted from Wikipedia and is licensed under the Creative Commons Attribution-ShareAlike 3.0 Unported License