He led the Italy national team to victory in the 1982 FIFA World Cup.Nicknamed Vecio (standard Italian vecchio, 'old man'), he has coached the Italian national football side the most (104 times, between 27 September 1975 to 18 June 1986).

He was noted for his phlegmatic personality and pipe smoking.A year after his death, an award was named in honour of the 1982 World Cup winning coach, the "Enzo Bearzot Award", for the best Italian coach of the year. 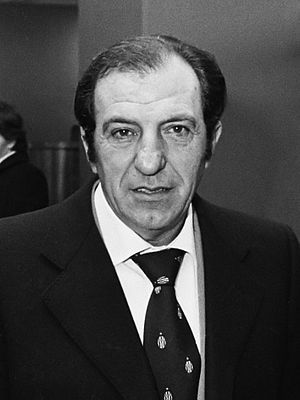 Italian footballer and manager
Back
This content was extracted from Wikipedia and is licensed under the Creative Commons Attribution-ShareAlike 3.0 Unported License