Born in Cedarville, New Jersey, an area within Lawrence Township, Cumberland County, New Jersey; attended the local schools and 's Latin school; apprenticed as a tailor in 1796; taught in the local school 1799–1801; studied medicine with a physician in 1801 and at the University of Pennsylvania in 1802 and 1803; practiced in Cedarville Member of the New Jersey General Assembly 1808–1809, 1811, and 1813, serving as speaker in 1813; elected to the Fourteenth United States Congress and to the three succeeding Congresses (March 4, 1815 – March 3, 1823).

Member, New Jersey Legislative Council 1826 and served as president; elected to the United States Senate to fill the vacancy caused by the death of Joseph McIlvaine and served from November 9, 1826 to January 12, 1829, when he resigned because of failing health.

His election to the Senate was contested by several members of the New Jersey Legislature and citizens, citing that Bateman, while presiding over the joint election meeting, cast the deciding vote for himself against Theodore Frelinghuysen. 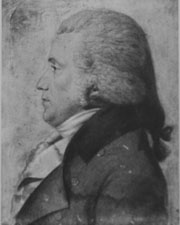