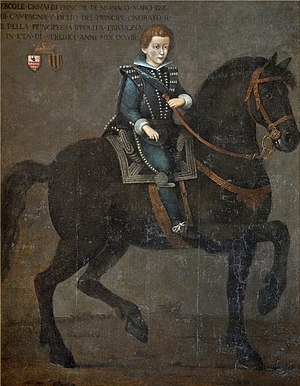 Dying at the age of 27, Baux was replaced as heir apparent by his son Louis who succeeded Honoré II.

Monegasque prince
Back
This content was extracted from Wikipedia and is licensed under the Creative Commons Attribution-ShareAlike 3.0 Unported License