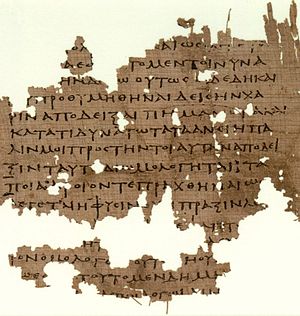 He was a professor at the University of Toronto and was active in the Canadian socialist movement during the 1930s.

In the 1960s and 1970s, he served as chair of the classics departments at both Harvard and Yale.Although he was trained in the turn-of-the-20th-century Oxbridge tradition of classical studies, which saw Greek intellectual history as an unbroken chain of related ideas, Havelock broke radically with his own teachers and proposed an entirely new model for understanding the classical world, based on a sharp division between literature of the 6th and 5th centuries BC on the one hand, and that of the 4th on the other.

Much of Havelock's work was devoted to addressing a single thesis: that all of Western thought is informed by a profound shift in the kinds of ideas available to the human mind at the point that Greek philosophy converted from an oral to a literate form.

The idea has been controversial in classical studies, and has been rejected outright both by many of Havelock's contemporaries and modern classicists.

Havelock and his ideas have nonetheless had far-reaching influence, both in classical studies and other academic areas.He and Walter J.

Ong (who was himself strongly influenced by Havelock) essentially founded the field that studies transitions from orality to literacy, and Havelock has been one of the most frequently cited theorists in that field; as an account of communication, his work profoundly affected the media theories of Harold Innis and Marshall McLuhan.

Havelock's influence has spread beyond the study of the classical world to that of analogous transitions in other times and places.

British classicist
Back
This content was extracted from Wikipedia and is licensed under the Creative Commons Attribution-ShareAlike 3.0 Unported License