Fritz Erich Fellgiebel (4 October 1886 – 4 September 1944) was a German Army general and a conspirator in the 20 July plot to assassinate Nazi dictator Adolf Hitler.

In 1929, Fellgiebel became head of the cipher bureau (German: Chiffrierstelle) of the Ministry of the Reichswehr, which would later become the OKW/Chi.

He was a signals specialist and was instrumental in introducing a common enciphering machine, the Enigma machine.However, he was unsuccessful in promoting a single cipher agency to coordinate all operations, as was demanded by OKW/Chi and was still blocked by Joachim von Ribbentrop, Heinrich Himmler and Hermann Göring until autumn 1943.

It was not achieved until General Albert Praun took over the post. 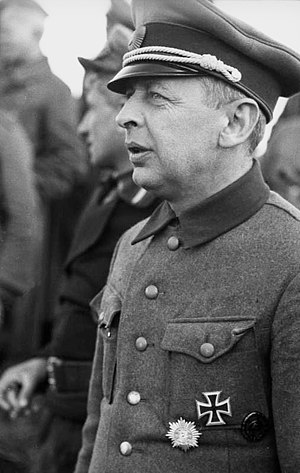