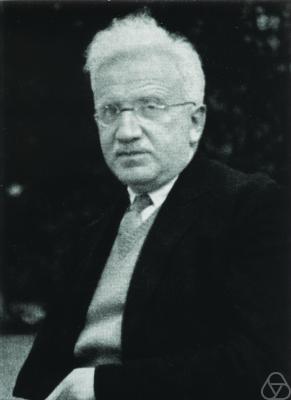 Erich Hecke (20 September 1887 – 13 February 1947) was a German mathematician.He obtained his doctorate in Göttingen under the supervision of David Hilbert.

Kurt Reidemeister and Heinrich Behnke were among his students.Hecke was born in Buk, Posen, Germany (now Poznań, Poland), and died in Copenhagen, Denmark.

His early work included establishing the functional equation for the Dedekind zeta function, with a proof based on theta functions.

He devoted most of his research to the theory of modular forms, creating the general theory of cusp forms (holomorphic, for GL(2)), as it is now understood in the classical setting.